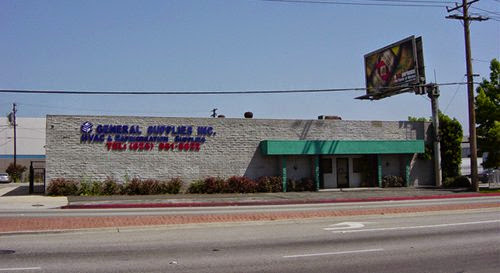 The U.S. Environmental Protection Agency is warning homeowners, wholesalers, contractors and all related personnel and companies of potential fire and explosion hazard related to the use of propane or other unapproved refrigerants in home air conditioning systems.

As R-22 being phased out and price increase (actually price has dropped more than 30% recently) in the future more and more R-22 substitutes are filling the market. Some of them contain propane or other flammable gas that makes it unsafe to use in regular residential systems. There have been explosion caused by flammable refrigerant inside and outside the country where individuals have been injured as a result. According to EPA, some of the names for unapproved refrigerant include R-290, 22a, 22-A, R-22a, HC-22a and CARE 40. Hydrocarbon refrigerant, refrigerant with propane or any refrigerant with any flammable gas should not be used in systems not designed to run those gases. Most if not all standard home a/c are not intended to run on those refrigerants therefore home owners must confirm with service personnel when additional refrigerant is needed for addition or replacement for their a/c system.

At this time, EPA has not approved the use of propane refrigerant or other hydrocarbon refrigerants in any type of air conditioners. EPA has only approved the use of propane as a substitute refrigerant for R-22 in industrial process refrigeration systems and in new, stand-alone retail food refrigerators and freezers that are specifically designed to use flammable hydrocarbon refrigerants. EPA's Significant New Alternative Policy Program has already listed numerous refrigerants as a R-22 replacement. More information about the program : http://www.epa.gov/ozone/snap/r22a.html
Posted by gsistore at 4:34 PM 1 comment:

THINGS THAT HAPPENED THIS WEEK

I was given some advices on how to write a good company blog and one of them was to try to connect to the reader personally instead of writing all about technical and product stuff. I really don't know what to start but some interesting stuff happened this week so I guess I can write about that right?

One of our supermarket customers had a huge refrigerant leak from the system relief valve and lost a lot of money this week. The reason was that the water treatment company who does service for them probably forgot to shut down all compressor before shutting down the water cooled condenser and the relief valve releases refrigerant in order to lower the system from dangerously high pressure. Now interesting thing is that this is not the first time and I really don't think it will be the last. Not sure who will pay for the mistake at the end but there will be some heated discussion between them for sure.

Another customer (a contractor) installed an A/C unit he bought from other distributor. Before he bought the unit he had confirmed with the sales on stuff that he needed for the project since it is a newer version of A/C and it needs some kind of electronic communication controls to work. Upon start up the unit could not communicate with each other and long story short, it turns out the distributor forgot to mention the correct electronic control that's also needed and it will cost $3000 more. If you are in the HVACR field you know distributor will not pay for the mistake so now the contractor has to ask the customer for $3000 more to complete the project, otherwise he will lose the job and get hit with the restocking fee (a lot) of the wrong unit since it has been installed. Contract has been signed and done so what would you do if you are the contractor? What if you are the customer?

This next one is more like a legal situation but a real one that just happened last week. This contractor was in a supermarket to fix a refrigerated case. He took off the front cover and lay it on the floor and put a safety cone in front of it then left to get his tools in the truck. A supermarket employee walked by, saw the cover on the ground so he put it back since it was a simple metal cover and no tool was needed to hang back on the case and removed the safety cone. Now the cover fell back down on the floor shortly after the employee walked away and a customer tripped over it and was injured. Of course there will be a lawsuit for sure but who is at fault?

As a supplier we hear stories like this all the time and when stuff like this happens it is definitely not a laughing matter for those who are involved. Mistakes like this do happen all the time and it could take a huge bite out of any person/business big or small. I just found these three incidents pretty interesting and thought to share with you. Hope you like it because it may relate a little to you more than some of our products. Do share with your thoughts and comments, who knows, maybe you can teach those involved what to do.
Posted by gsistore at 4:41 PM No comments: